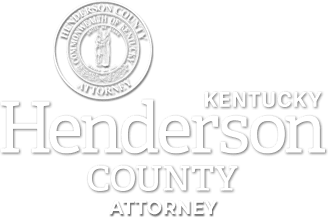 The charges are read, the defendant is advised of his or her rights, and a plea of guilty or not guilty is entered.

The defendant will be arrested, taken to jail and later arraigned in District Court. An arrest warrant must be issued by a Henderson County District Judge’s Office.

A Summons is an order that the defendant appear in District Court. This is a notice and not an arrest warrant. The Summons will advise the defendant to appear in Court for the arraignment.

A criminal offense punishable by death or imprisonment for one year or more. There is no statute of limitations on felony charges.

A jury of 12 to 23 persons convened in private session to evaluate accusations against persons charged with crime and to determine whether the evidence warrants an indictment.

A formal written accusation, drawn up and submitted to a grand jury by the public prosecuting attorney, charging one or more persons with a crime.

A criminal offense less serious than a felony, punishable by up to a year in jail, a $500 fine, or both. There is a one year statute of limitations on misdemeanor charges. The criminal complaint must be issues within the one year period.

A proceeding before a judicial officer in which the officer must decide whether a crime was committed, whether the crime occurred within the territorial jurisdiction of the court, and whether there is probable cause to believe that the defendant committed the crime.

A court appearance which allows both sides of the case to negotiate, file motions, and/or set the case for trial.

The act of making good or compensating for loss, damage or injury.

A written document requiring an appearance in court to give testimony.

A jury will hear the evidence and render a verdict of guilty or not guilty.

A criminal offense punishable by a fine only.